Should we be talking more about vaping in Australia?

Author: Dr Becky Freeman. Dr Freeman is a Sr Lecturer at the School of Public Health, University of Sydney, you can follow her on Twitter and access her research through Google Scholar.

Anyone who has travelled to the US or the UK recently has no doubt encountered both users of, and advertisements and promotions for, vaping products – otherwise known as e-cigarettes. E-cigarettes were first marketed at cigarette smokers as electronic nicotine delivery systems to help them give up cigarettes, however the proliferation of flavours would indicate e-cigarette companies have more than current smokers in mind. In the US, younger people are more likely than older people to vape and while nicotine is the most popular substance, flavours are more popular with younger people. The United States government and the Trump administration announced this year it will regulate particular e-cigarettes flavours, which does not include menthol, mint or tobacco flavoured cartridges and falls far short of what was promised last year due to reported industry push back. Becky Freeman from the University of Sydney comments on the situation in Australia.

Australian government health departments and leading health organisations are highly united in adapting a “precautionary approach” to e-cigarette deregulation, citing the lack of compelling evidence that they are effective in aiding cessation and that the long-term health impacts are largely unknown. The alarming uptake of vaping among young people in the US due to heavy marketing of youth friendly favours and the advent of small, inexpensive vaping devices serves as further evidence that Australia’s public health approach is warranted. In contrast, in New Zealand, where all vaping devices can currently be freely sold and advertised, multinational tobacco companies are using social media, live events, and young adult spokespeople to market vaping devices.

Reducing tobacco use in Australia is essential to improving public health, adopting innovative policies and approaches that further limit the appeal and supply of tobacco products will be key to success. 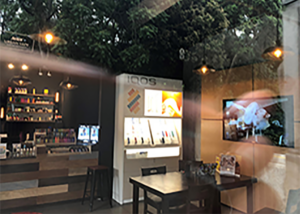