Private or Public? The declining growth in the use of private healthcare in Australia

As more Australians drop private health insurance and face financial hardship, private hospital use has slowed, with some evidence of doctors working more in the public system and increased public hospital waiting times. These trends raise policy questions about the balance of investment across public and private healthcare to promote better value and more accessible healthcare.

COVID-19 will likely accelerate the slowing of growth in private hospital use, as people remain less likely to use health care and as the recession further widens the gap between wage growth and growth in out-of-pocket medical expenses. Policy responses to date have focused largely on trying to improve consumer’s perceived value of private healthcare and private health insurance through improving information for consumers. However, there is no evidence that this is having an effect, and there remains no published information on quality to inform consumer choice.

Is the decline in growth in the use of private healthcare temporary or a more permanent market correction? If the former, it would be a mistake to introduce any significant reforms at this stage. If the latter, then reform depends on how best to improve efficiency and equity in healthcare through changing the balance of government investment between public and private healthcare. 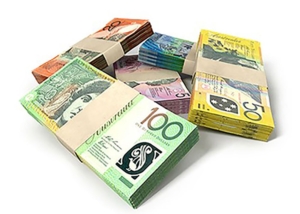 Photo by Artist csp_albund on Unsplash