The hidden costs of caring

The following is a summary of a research project by the authors.

Often carers need to spend time away from their workplace, meaning costs for them are large, and long-term, according to a paper by Macquarie University economists published in Health and Social Care in 2019.  The study on the impact of informal caring, based on data from the ABS and Survey of Disability, Ageing and Carers, found that women are more likely to suffer financially than men.

Our study reported there were 495,000 primary informal carers aged 15–64 years in Australia in 2015, who were providing care for someone who lives with them. 69% of the carers were females and from older demographics.

The study, The Economic costs of informal care for people with chronic diseases in the community, was conducted by GenIMPACT, Centre for Economic Impacts of Genomic Medicine at Macquarie University, with collaborators from University of Sydney, NATSEM, University of Canberra, and Griffith University. We found that informal carers are more likely than non-carers to have reduced labour force participation, lost wages, and be at an economic disadvantage. Carers weekly income was on average, $936 or 32% less than full-time employed non-carers.

The team modelled costs of informal care for people with chronic conditions. Professor Schofield, Director of GenIMPACT, led the modelling, and reported “Women tend to have broken careers, caring for children, which results in less income across the working life, and thus, less superannuation.  If they become a carer, the result is compounding disadvantage”.

Becoming a carer has many ways of affecting one’s career. Dr Melanie Zeppel reported some carers are as young as 15 years old and “this can negatively impact on education, leading to reduced employment opportunities and income across their life”. People who start caring in their mid-career, in their 30’s-40’s also have their work life impacted. “This creates greater disparity between carers and non-carers”, Dr Zeppel adds.

One issue with an ageing population, said Professor Schofield, is not only a demand for more carers, but today families are often smaller, so the burden of care is spread across fewer people.

Different strategies can be introduced to solve these problems. First, improving access to optimal care or interventions will reduce the demand for carers. For example, early interventions for people with arthritis or back pain, managing chronic pain earlier, could mitigate the need for a carer. Second, improved respite options can help.

Collaborations with Carers Australia and NSW Carers demonstrated that, even though respite care exists, it is generally for only for a few hours per day. In addition, the respite hours offered don’t match workplace hours. The respite program has been designed to give carers a break, but not to increase employment opportunities. However, it could be, with clever planning and proper investment. One solution would be to consider caring duties in the same way we think about parenting duties, where childcare is deliberately provided to align with work hours.

Australia would benefit from a new perspective, where this support is available and complimentary to someone who is working. Such an investment would lead to increased funds to government by decreased welfare payments and increased taxation revenue. Importantly, this would also allow women to better manage the security of their own long-term finances and housing and provide more choices in determining the trajectory of their lives.

This research was conducted by GenIMPACT, Centre for Economic Impacts of Genomic Medicine at Macquarie University, with collaborators from University of Sydney, NATSEM, University of Canberra, Griffith University and Carers NSW. 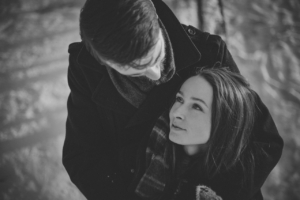