How does persistence in the demand for private health insurance affect individuals’ response to tax incentives?

Previous Next
How does persistence in the demand for private health insurance affect individuals’ response to tax incentives?Lidia Engel2021-05-25T23:03:00+10:00

The following is a summary of a research project by the authors. For more information please see the published full-text journal article: https://www.sciencedirect.com/science/article/pii/S0167629620310493

One way in which Australians are incentivised to purchase private health insurance (PHI) is through the Medicare Levy Surcharge (MLS), a tax on high income Australians who choose not to purchase private insurance. In a recently published paper, Professor Thomas Buchmueller and Drs Terence Cheng, Ngoc Pham and Kevin Staub evaluated the long-term impact of this policy on the demand for PHI, taking into account people's persistence or inertia in behaviour—the tendency to buy the same product over and over, even when better alternatives are available. Potential persistence in behaviour has important implications for policies designed to influence the demand for health insurance.

In line with other research, the paper found that the immediate effect of becoming liable for the MLS leads to only small increases in the demand for health insurance. However, the persistence in the demand leads to longer-term effects that depend on the total duration and exact pattern of being liable for MLS, which in turn depends directly on people’s lifetime income trajectories. These longer-term effects can be quite different from the immediate effect.

Using the Household, Income and Labour Dynamics in Australia (HILDA) survey, the authors showed that there is strong persistence in the demand for private health insurance in Australia: having private health insurance in two consecutive years increases the probability of being privately insured in the next year by 85 percent compared to someone without coverage during those two years. Being liable for the MLS in a given year increases the probability of purchasing private hospital insurance by 2-3 percent in that year. People’s response to the MLS over time differs from that immediate effect because of the persistence in the demand, depending on whether they continue being liable for MLS, and if so, for how long. For instance, people who stop being liable after only one year, gradually return to their baseline demand. On the other extreme, the demand for PHI by people who continually stay liable year after year increases by 13 percent after ten years.

The authors further predicted how the aggregate PHI coverage rates would change under two hypothetical scenarios related to a 2008 policy change. In that year, the income thresholds which determine MLS liability were significantly increased, making fewer people liable for the surcharge. They showed in their paper that if thresholds were kept at their pre-2008 levels, the share of Australians with insurance would be half a percentage point higher five years after the change. If MLS thresholds had instead been abolished completely, coverage rates would have fallen by 1.1 percentage points relative to the baseline, five years after the surcharge was abolished. 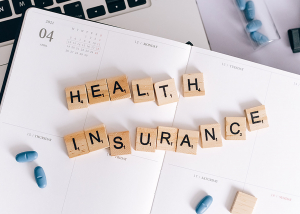 Photo by Olya Kobruseva on Pexels