Structural stigma and sexual orientation disparities in healthcare use

The following is a summary of a research project by the authors. For more information please contact Karinna Saxby at Monash University (email: Karinna.Saxby@monash.edu).

Therefore, although structural stigma can induce poorer health and potentially greater healthcare need, it may also reduce healthcare access and healthcare seeking. However, despite numerous studies outlining the negative health effects of structural stigma in sexual minorities, there are limited population-based studies exploring how this stigma affects healthcare and medicine use. Moreover, the current evidence base relies on self-reported healthcare use and local or convenience samples which are not significantly powered, nor representative.

Addressing these limitations, here we map the results of the 2017 Australian Marriage Equality Survey to the largest administrative dataset of same-sex relationships to date (n=83,167) and estimate the extent to which structural stigma (votes against same-sex marriage, “no votes”) is associated with healthcare and prescription medicine use among individuals in same-sex relationships. Specifically, controlling for individual sociodemographic characteristics and regional fixed effects, we estimate whether regional variation in structural stigma is associated with changes in healthcare use for individuals in same-sex vs. heterosexual relationships. We also investigate whether these effects differ by the types of healthcare services and classes of medicines, in particular nervous system related drugs, which cover antidepressants and anti-anxiety medication.

In low stigma regions, we find that women in same-sex relationships used more nervous system scripts and were less likely to visit a GP than their heterosexual counterparts. As the regional percentage of no votes increased, women in same-sex relationships used fewer GP services but more nervous system scripts.

We expect that the additional nervous system scripts in sexual minorities is largely due to medication related to mental health related morbidity, such as antidepressants and anti-anxiety medication. And further, that the reduced use of pathology items in sexual minority males may be due to reduced use of services pertaining to minority specific sexual health needs, such as sexual health checks and reduced adherence to HIV medication. 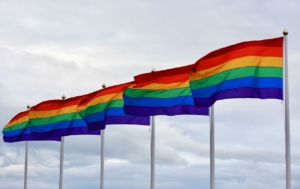