In any given year, one in five Australians experience a mental health disorder. Despite high rates of poor mental health, uptake of effective treatment – such as antidepressants or psychotherapy services – varies substantially across regions. While some of this variation is anticipated due to underlying differences in people’s needs and preferences for mental healthcare, some of it may be unwarranted. The unwarranted variation could be due to differences in the availability of mental health providers or inefficient use of services, whereby excessive care doesn’t translate to improvements in mental health, i.e. ‘over-supply.’ Understanding the key drivers of variation are important to promote equitable access and efficient supply.

Using longitudinal administrative data from the 2011 Census population, researchers have analysed how utilisation (government expenditure) patterns change when people move to new regions to identify the relative importance of ‘place’. Controlling for fixed patient factors, such as the patient’s underlying mental health and preference for mental healthcare, their approach identifies a relative ‘place effect.’ They also explored whether the higher place-based expenditure was associated with improved mental health outcomes. 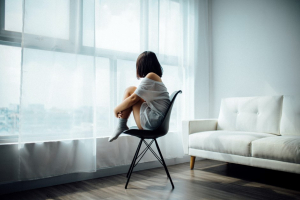 Photo by Anthony Tran on Unsplash