Previous Next
Access to the Paid Parental Leave and Dad and Partner Pay schemes boosted the mental health outcomes of Australian mothersLidia Engel2021-05-27T03:13:14+00:00

Access to adequate paid time off after birth is important for employed women to retain their employment whilst caring for their newborn and allowing much needed post-partum recovery. It enables women to invest time in health producing activities, including rest, nutrition, exercise, doctor visits, and alleviates stress from juggling work and family responsibilities.

Until 2011, Australia and United States were the only two OECD nations without a national scheme. The Paid Parental Leave (PPL) scheme was introduced in Australia in 2011, followed by Dad and Partner Pay (DAPP) in 2013.

In a recent study on around 1,500 new mothers in the Household, Income and Labour Dynamics in Australia (HILDA) survey, Bilgrami and co-authors found a 14% reduced likelihood of postnatal depression after the PPL scheme was introduced. The subsequent introduction of DAPP further boosted maternal mental health, as mothers with access to PPL, whose partners also had access to DAPP, experienced an even greater decrease in depression likelihood (18.5%). These mothers were also less likely to report 'feeling down in the dumps' and more likely to report 'feeling calm' than comparable women in the period before these policies. This may be because partners accessing DAPP allowed mothers additional time to rest, seek medical attention and alleviated their loneliness and stress.

However, mental health improvements from the policies were not equally distributed across all mothers. Improvements were found for mothers who also had access to paid maternity leave from their employer and/or unpaid job protection, but not for mothers without access to either of these entitlements. In their study, the authors showed mothers with mental health improvements were those that boosted their paid leave after birth above 12 weeks (as in Figure 1). Mothers who experienced the greatest improvements were those who got closest to 6 months' paid leave, the optimal leave length recommended by the World Health Organisation (WHO). This latter group of mothers likely joined their PPL, and employer-paid leave amounts to take longer leave. 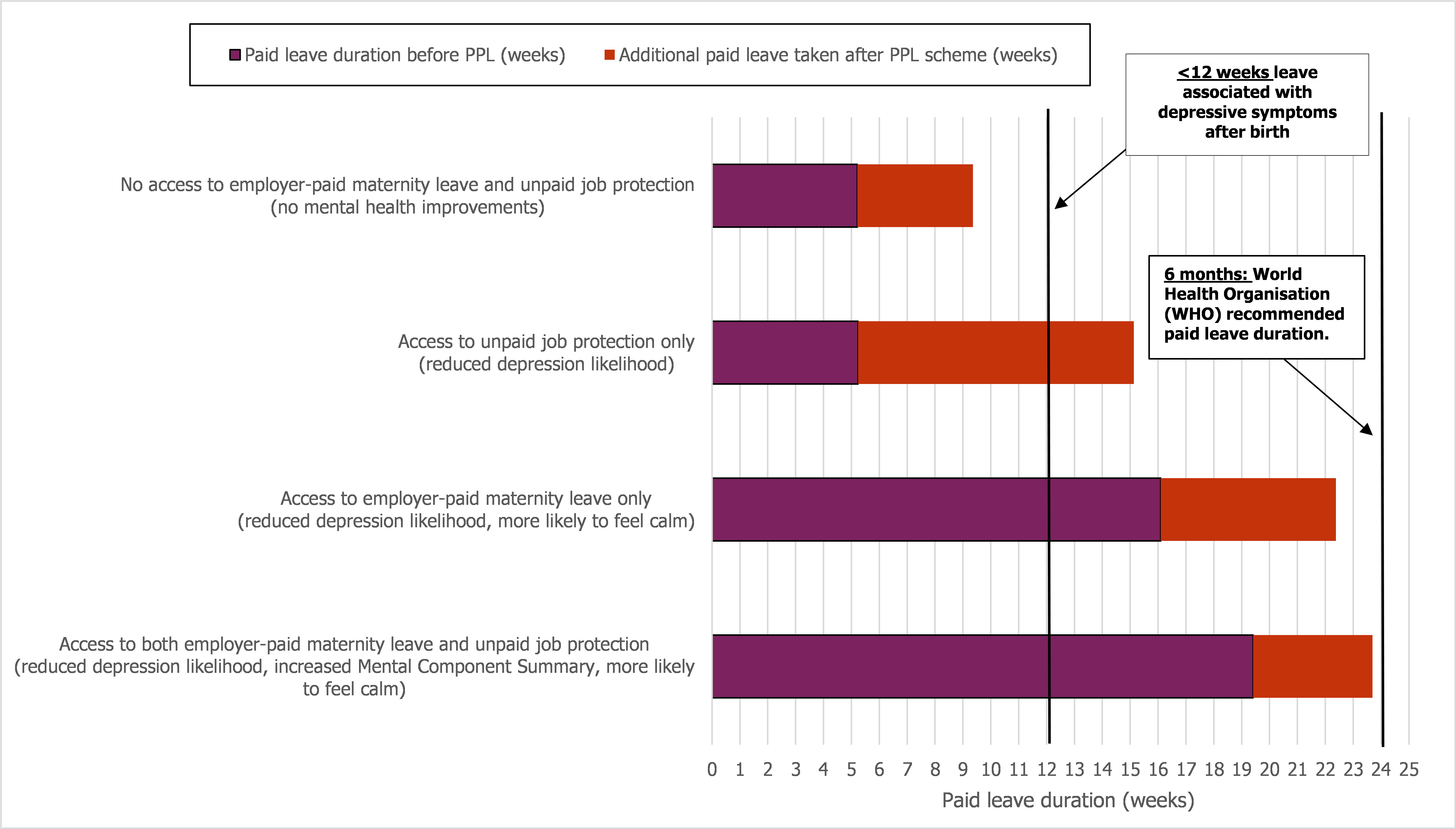 Given that some groups of women, particularly those without any employee entitlements, are still unable to take adequate leave, the authors suggest increasing PPL and DAPP entitlements available to these women to boost maternal mental health further. The study's findings also imply that past government attempts to reduce PPL payments for mothers with employer-paid leave, also referred to as 'double-dipping' in past policy debates, would have been harmful to maternal mental health if these had been successful. 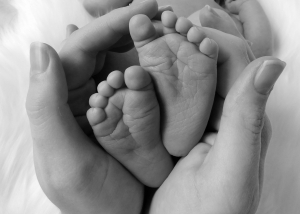 Photo by Shannon Pitter on Unsplash