Social policies have tremendous potential to improve children’s long-term outcomes. At the same time, policies that are not carefully designed and implemented can have unintended consequences, holding children back from their potential. Mary-Alice Doyle from the London School of Economics and colleagues examine Australia’s experience with welfare reform and provide some examples of these unintended consequences.

The following is a summary of two related research projects by the authors. The first, analysing birthweight, can be found here.

In 2007, the Australian government introduced ‘income management’, which restricted how people receiving welfare payments could spend their money. The new policy was introduced in remote Aboriginal communities in the Northern Territory (NT). Its intention was to increase spending that benefits children, by setting aside 50% of government transfer income to be spent on essentials like food, and ensuring those funds could not be spent on alcohol, cigarettes, pornography or gambling.

PhD candidate Mary-Alice Doyle (London School of Economics) and Professor Stefanie Schurer (University of Sydney) set out to test the policy’s impact by estimating its effect on birthweight. If the policy was successful in increasing household spending on food and other essentials, this would have meant household members (including any pregnant women) would consume more food, or more nutritious food. If so, an increase in average birthweight, and a decrease in the probability of low birthweight (<2500g), would be expected.

However, the authors instead found that income management reduced birthweight, particularly for babies that were already small. The international evidence suggests that health shocks during pregnancy can have long-term consequences for children’s health and education. So the next question was: Did this early-life health shock lead to worse health in childhood?

This is work in progress, but the preliminary answer is ‘yes’. The authors analysed hospital admissions through to age 6 for the same cohort of children who were born during the income management rollout. They found that children who were exposed to income management in pregnancy or in their first three months spent more time in hospital. This was concentrated in admission for infections, consistent with evidence that children who had worse health at birth are more susceptible to infections, perhaps due to a weaker immune system.

A key question is whether these effects are inherent to the design of income management itself, or the result of initial implementation issues. The answer is important in understanding whether newborns whose parents are currently affected by income management (or the more recently introduced Cashless Debit Card) will experience these same health effects.

The authors believe that both the policy and its implementation contributed.

Therefore, while initial implementation issues may have meant that the impact the authors found in the NT is particularly large, the same mechanisms that likely contributed to these worse health outcomes (lower purchasing power and stress) remain at play for current recipients.

This research forms part of the Child and Youth Development Research Partnership (CYDRP), and makes use of de-identified, linked administrative data for children in the Northern Territory. 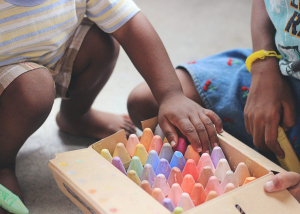