The report also covered the role of all levels and sectors of government in helping alleviate the impact of mental ill-health. Professor Jorm suggests that the real significance of the Productivity Commission report is in the more than 100 recommendations the commission identified for federal, state and territory to act upon and the acknowledgement that a whole-of-government, and whole-of-society response is needed.

Professor Jorm identifies an overarching theme behind all the recommendations: the need for better data and evaluation. The Productivity Commission urges all innovations be rigorously evaluated before being rolled out to prevent a repeat of past instances where programs were never properly evaluated, or, when they were evaluated were found not to deliver the expected benefits.

The Conversation article acknowledges that the cost of implementing the recommendations is a barrier, but the report and the results of economic analysis conclude that the benefits outweigh the costs. The reforms would require up to $4.2 billion in expenditure per year but would deliver up to $18 billion in benefits per year, plus an estimated further $1.3 billion a year from increased economic participation and productivity.

The following is a summary of a full article published in The Conversation. The full article can be found at: 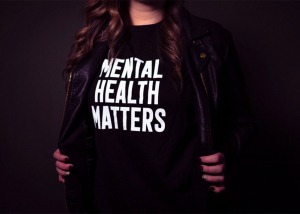 Photo by Matthew Ball on Unsplash