Climate Change and Health: a case study of how economics is used to support an argument for change

References – all available online through the following links

The Climate Health WA Inquiry, released in December 2020, is the first comprehensive regional - as opposed to national or global - study of the impacts of climate change on health. It was conducted by Tarun Weeramanthri, an independent public health physician, formerly Chief Health Officer in Western Australia, and drew on significant and wide expert inputs provided over the course of a year through 158 written submissions, 34 formal hearings and multiple public forums across Western Australia.1

Climate science has, for decades, accurately predicted where we would find ourselves now in 2021, so we can be confident of the predictions for the next decade. As the independent reviewer, I make an argument for urgent change; for the health sector to lead by example and reduce its own substantial emissions footprint, as well as contribute more strongly to whole of government adaptation to extreme weather events, natural disasters and heatwaves.

The report argues that climate change is a priority now, and a priority here in WA, manifesting differently in different parts of this biodiverse state that is vulnerable to drought, bushfires, coastal erosion and cyclones. We describe in detail the precise physical and mental health impacts this is having on the population, and how different groups manifest both vulnerability and resilience.

The review was not tasked to conduct new research, but to compile available evidence and data, including economic analyses. Public health professionals pride themselves on at least a passing knowledge of burden of disease, cost-effectiveness and cost-benefit analyses, and related topics, but we are not economists. So how was economics used in the review process and report?

Many submissions drew on the growing literature in this field to make arguments that the status quo is untenable, and continuing inaction will lead to further significant and costly effects, with respect to physical health, but also mental health.

The report captures these arguments in a chapter called ‘Drivers of Change’, which teases out the various strands of evidence, data and economics. Acting on climate change brings a range of complementary or co-benefits, for common chronic diseases, air pollution and local food supplies. Costs of inaction are already being factored into risk calculations by insurance companies, regulators and central banks. Directors of private sector board and public sector entities have duties of care and diligence, and need to assess, disclose and act on climate risks.

A landmark Australian paper by Malik et al, estimated that health care contributes approximately seven per cent of Australia’s total emissions, and broadly equated environmental effect with money spent.2 Duplicative or low value healthcare, as highlighted by Elshaug and Duckett recently, is therefore wasteful from an environmental as well as resourcing perspective.3

The Sustainable Development Unit (SDU) in the UK has helped the NHS cut emissions by 18% between 2007 and 2017, while activity rose by 27%, saving approximately 90 million pounds annually.4 Australian hospitals have now started to demonstrate savings from reducing emissions and waste in target areas, introducing sustainable procurement practices, and providing up-front investment for large capital programs to reduce maintenance and overall life-cycle costs. The review’s first recommendation is for WA Department of Health to act now and establish a similar SDU in WA.

The final review report also provides terms of reference for a follow-on health impact assessment, to outline what failure or success might look like in health, environmental and economic outcomes, under various change scenarios. This kind of credible economic argument, a continuation of the traditional ‘triple bottom line’ approach, is important to support and justify the argument for change.

But having done that, a further question for economists and non-economists alike is how to deploy those arguments strategically and policy-wise, how to make the most persuasive argument possible for action. In other words, we need to be effective story tellers, wrapping essential truths in a compelling narrative. Good economists know and do this already, combining qualitative data (about values and trade-offs) with quantitative data (dollar costs and benefits). They explain the limits of data and the range of uncertainty in projections, like climate scientists do. But most importantly, they also point to the ultimate primacy of non-economic moral arguments, which is particularly important in the environment and climate fields.

In 1973, E.F. Schumacher published ‘Small is Beautiful’, a landmark argument for sustainable development, subtitled ‘A Study of Economics as if People Mattered’. He made the point that the judgement of economics is an extremely fragmentary one, and quoting Keynes, warned us not to ‘sacrifice to its supposed necessities other matters of greater and more permanent significance.’

The challenge, therefore, for specialist health economists is to enter the field of climate and health policy as truthtellers and storytellers, as much as analysts and pragmatists. 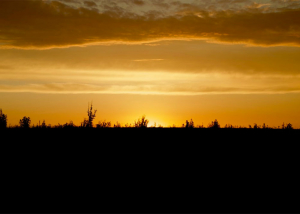 Photo by Guillaume Henrotte on Unsplash