In a recent study Duque, Duretto, Ko, and Tjernström investigated the relationship between air pollution and health using the Household, Income and Labour Dynamics in Australia (HILDA) survey data with air pollution data from across Australia and found that air pollution may be worsening people’s emotional well-being.

Air pollution is a globally leading health risk, causing one in ten deaths in 2013. Countless studies across the health and social sciences show that air pollution hurts human health. Further, while we’ve long recognized the dangers of high air pollution concentrations—like the ones Australians experienced during the Black Summer of 2019/2020—we now know that the effects persist even at low levels of exposure.

While these two terms may seem interchangeable at first glance, the authors argue that they capture different aspects of well-being. While mental health describes experiences such as persistent anxiety and/or depression, you can think of emotional well-being as measuring the broader concept of happiness and general well- being.

Medical studies have established that fine airborne particles can penetrate the the blood-brain barrier. Depending on the composition of the particles, this process can set in motion chemical processes that in turn may lead to feelings of depression and anxiety. In extreme cases, it is thought to contribute to the development of mental illnesses like Alzheimer. Environmental toxins can also reduce people’s overall well-being by changing their behavior. For example, people tend to reduce the amount of time the spend outdoors when air pollution levels are high.

The authors combined the Household, Income and Labour Dynamics in Australia (HILDA) survey data with data on air pollution across Australia, thereby constructing a novel dataset connecting previously disparate data sources. This allows the authors to measure air pollution levels across the whole country for a time period spanning over a decade. The results show that increases in air pollution worsen people’s emotional well- being by up to 4 percent but are not related with changes in anxiety or depression. The results also show larger declines in emotional well-being among older individuals (those over 50) and among those with a high school level diploma.

Interestingly, the authors found larger declines among those who had previously experienced depression. While Australia’s air is good by world standards on average, falling below global thresholds, these results highlight that even in countries with relatively good PM2.5 and PM10 levels (particles with an aerodynamic smaller than 2.5 μm and 10 μm); air pollution can have harmful effects. Results contribute to the knowledge base showing that even low pollution levels have health consequences, not just those seen during dramatic pollution events. 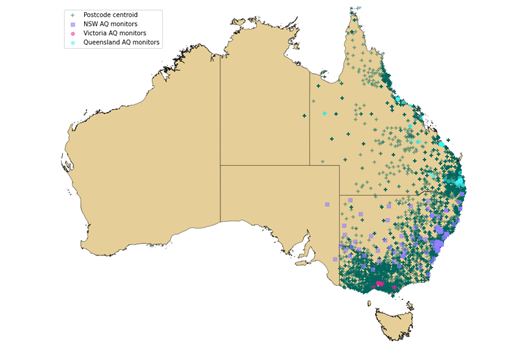 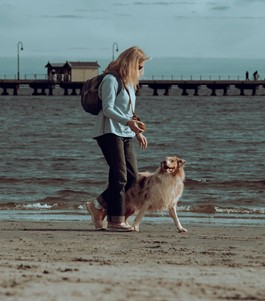 Photo by Iliya Jokic on Unsplash