*We acknowledge the distinct social and cultural identities of different Aboriginal and Torres Strait Islander peoples and their ongoing connection to land, culture and community.

In an attempt to address Indigenous health and healthcare use disparities pertaining to chronic disease, in May 2010, the Australian government introduced the Indigenous Practice Incentives Program (IPIP). The IPIP was targeted to Aboriginal and Torres Strait Islander peoples (hereafter Indigenous peoples)* living with, or at risk of developing, chronic disease, and introduced financial incentives for doctors to better manage chronic disease combined with reduced medicine co-payments.

This research focused on Indigenous peoples living with CVD, which is the largest contributor to disparities in morbidity and life expectancy, and evaluated whether the reform was, by its own definition, a success. Using longitudinal administrative data from over 70,000 individuals that were first hospitalised with cardiovascular disease, the researchers examined how the reform affected Indigenous disparities in healthcare utilisation. They also explored whether earlier vs delayed access to the IPIP relative to each individual’s first hospitalisation affected subsequent hospitalisations and survival.

The researchers found the reform significantly increased the use of primary healthcare among Indigenous peoples, including a 12.9 percent increase in prescription medicines, 6.8 percent more doctor visits, and 53.8 percent more chronic disease healthcare services. The reform also saw a 16.8 percent reduction in the utilisation of specialist services among Indigenous peoples, altogether suggesting that the increase in routine and preventative forms of healthcare may have led to substitution away from, or ‘offset’ the need for, specialist services.

The increase in primary care was larger for Indigenous peoples who received the largest co-payment relief and lived in regions with better access to the initiative, whereas the reduction in specialist attendances was concentrated among lower income Indigenous patients. Indigenous patients’ overall change in health expenditure was therefore important for maintaining regular contact with GPs and linkage to follow-up chronic disease care, whereas capacity to pay for specialist services potentially drove the observed substitution effects.

The study also found that Indigenous peoples with earlier access to the IPIP relative to their admission initially used more scripts and GP services than those with later access, indicating that hospitalisation served as a trigger for engagement with mainstream healthcare system and initial registration with the IPIP. However, earlier access to this ‘better management’ in the primary care setting had no significant impacts on subsequent hospitalisations nor overall survival. Further research is required to understand the downstream effects of the IPIP on acute care service utilisation and health outcomes. Future iterations and similar policies should consider how reform benefits can be realised equitably across targeted and priority populations. 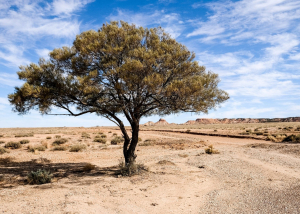